To isolate performance issues to the JavaScript VM, the authors rebuilt the client side of WebRsync using the Chrome native client support and C++. It’s much faster.

Replacing MD5 with SipHash reduces computation complexity by almost 5x. As a fail-safe mechanism in case of hash collisions, WebRsync+ also uses a lightweight full content hash check. If this check fails then the sync will be re-started using MD5 chunk fingerprinting instead.

If you use Dropbox (or an equivalent service) to synchronise file between your Mac or PC and the cloud, then it uses an efficient delta-sync (rsync) protocol to only upload the parts of a file that have changed. If you use a web interface to synchronise the same files though, the entire file will be uploaded. This situation seems to hold across a wide range of popular services: 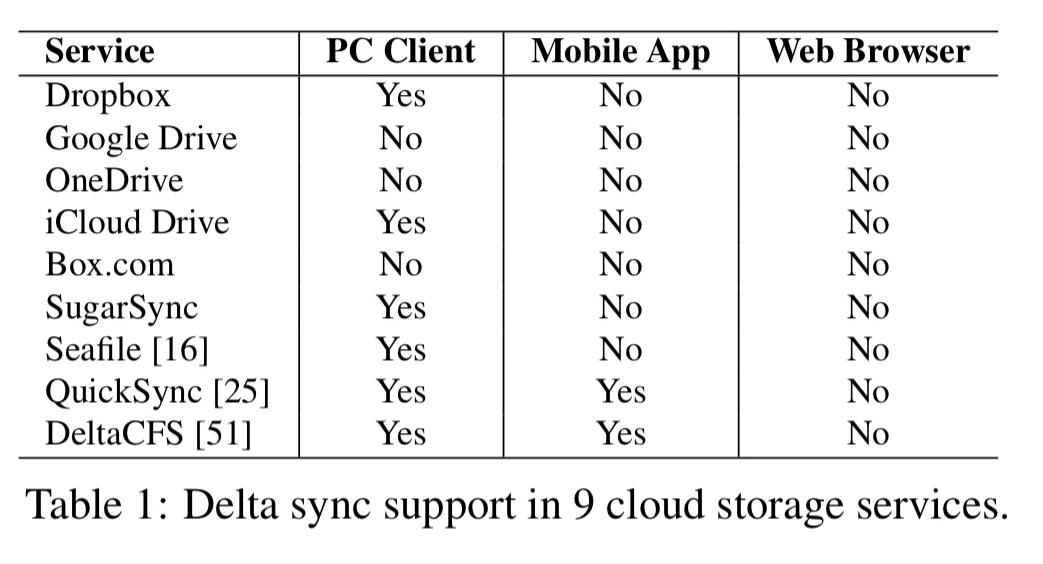 Given the universal presence of the web browser, why can’t we have efficient delta syncing for web clients? That’s the question Xiao et al. set out to investigate: they built an rsync implementation for the web, and found out it performed terribly. Having tried everything to improve the performance within the original rsync design parameters, then they resorted to a redesign which moved more of the heavy lifting back to the server-side.

The resulting solution, WebR2sync+, outpaces WebRsync by an order of magnitude, and is able to simultaneously support 6800-8500 web clients’ delta sync using a standard VM server instance based on a Dropbox-like system architecture.

The starting point in the journey was simply to implement rsync for the web... 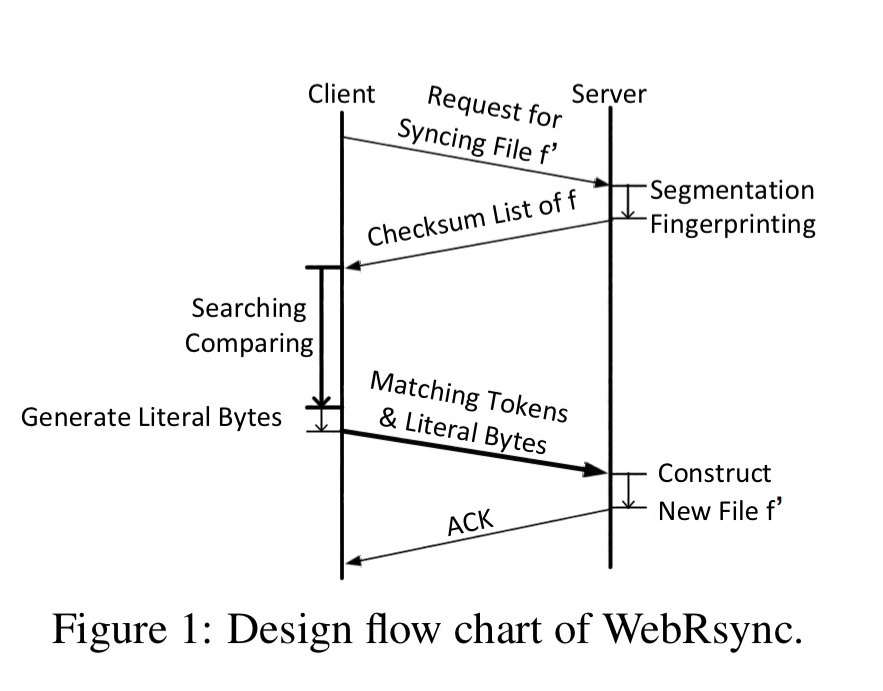