StackEdit is a Markdown editor, which runs in the browser, but stores files locally. The following features characterize StackEdit:

It therefore fits nicely into the workflow with a static site generator. In this setting it is called "headless CMS". 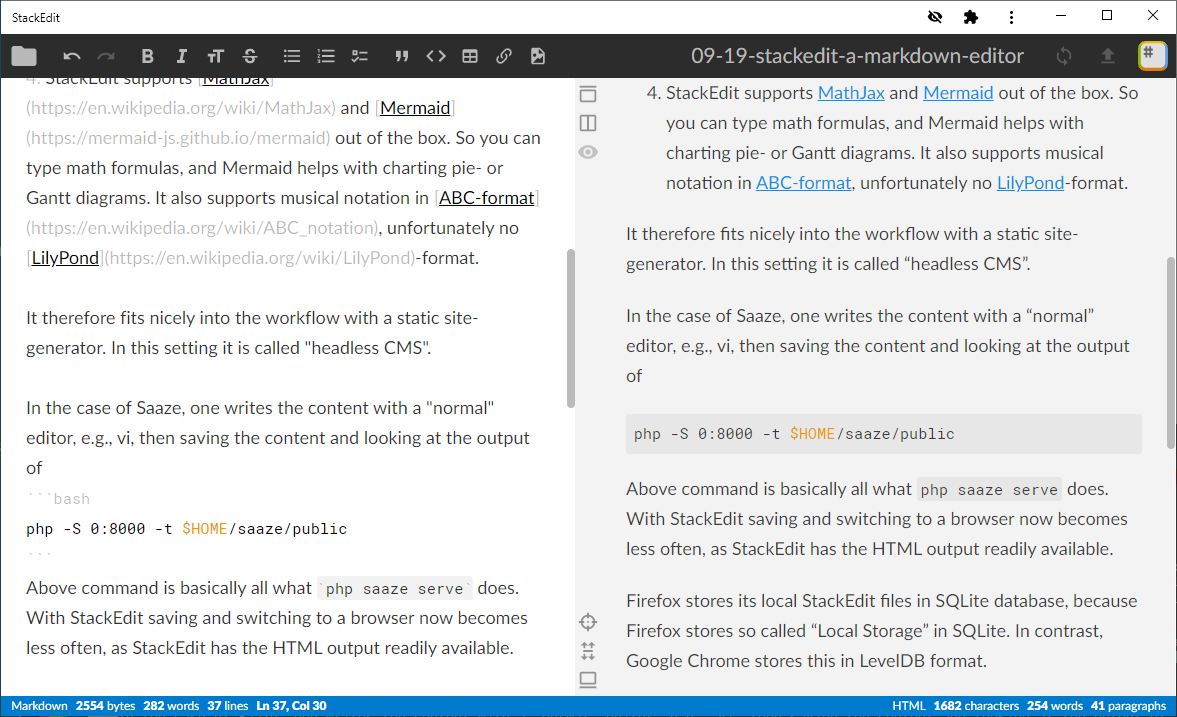 In the case of Saaze, one writes the content with a "normal" editor, e.g., vi, neovim, or Geany, then saves the content and looks at the output of

Above command is basically all what php saaze serve does. With StackEdit saving and switching to a browser now becomes less often, as StackEdit has the HTML output readily available.

Added 09-Jan-2022: An alternative to StackEdit is CuteMarkEd-NG. It uses Qt5 for the GUI. It is based on MD4C, the same Markdown library which is used in Simplified Saaze. unfortunately CuteMarkEd-NG does not support MathJax. Similar to CuteMarkEd-NG there is a software called QOwnNotes.