A Praise for IceWM

Since more than ten years I use IceWM, a clean and compact window manager for X. I can only recommend it.

IceWM in its own words: The goal of IceWM is speed, simplicity, and not getting in the user's way.

These goals are nicely met.

Among the features of IceWM:

My computer is set-up as a server, i.e., I do not start a window manager after boot. How do I start IceWM? In /etc/bash.bashrc I defined

I log-in to the text terminal, then I type

By this I do not leave a shell open.

Here is a screenshot from parts of my desktop: 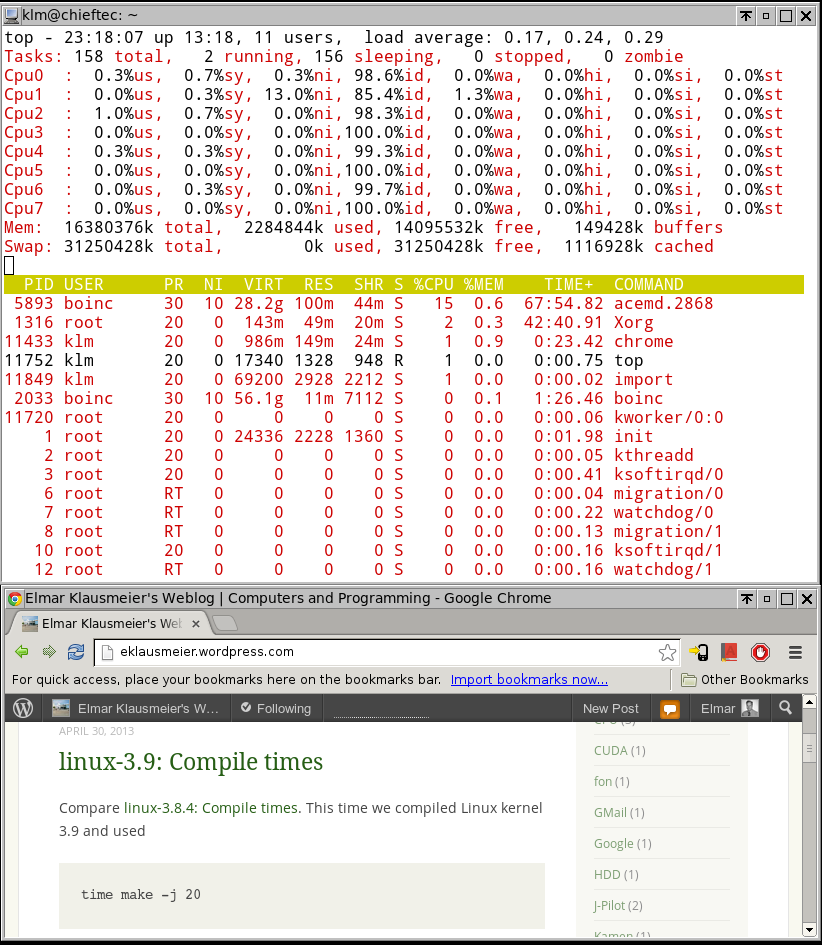 My desktop does not have icons. I do not like them, I do not miss them. Instead, I start some programs by key shortcuts, other by just typing in the command in a terminal. Here is my keys file in .icewm directory:

The most important shortcuts are

A comparison of various window managers can be found in Wikipedia: Comparison of Window Managers.