As I commute to work with my e-bike I became more and more interested in bicycle lanes. It looks that this a coming trend in many modern cities. See for example New York, New York's streets? Not so mean any more, a talk by former chief of the department of transport Janette Sadik-Khan under the reign of former mayor Michael Bloomberg.

There is blueprint for urban street design in Urban Street Design Guide by NACTO (National Association of City Transportation Officials).

Converting car parking for bicycle parking is very obvious, as can be seen from below photo: 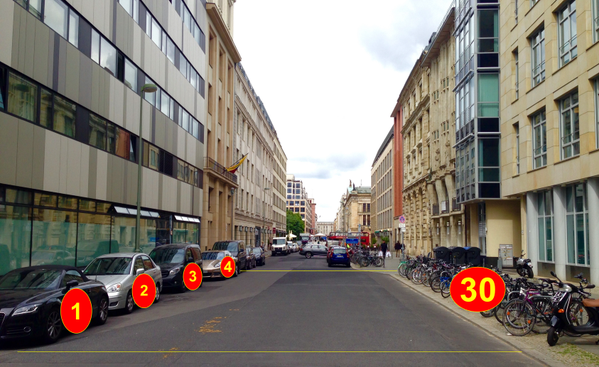 In Berlin 13% commute to work by bike, in New York this number is 1%, see New York und Berlin (in German).